REBECCA FISHER (Soap Star) Based in Orlando, FL, Rebecca is a mainstay in the Central Florida theatre community. She has enjoyed playing the role of Soap Star in MENOPAUSE THE MUSICAL® for many years, has performed the show all over the United States, as well as Canada and Singapore. Other favorite roles include Yitzhak in HEDWIG AND THE ANGRY INCH, post stroke Bette Davis in, ME AND JEZEBEL; and Meredith Parker in, BAT BOY: THE MUSICAL. As a vocalist and cabaret artist, she’s appeared in many venues around the Orlando area, and performed her one-woman cabaret, SIN. PLAY. LIVE. at The Metropolitan Room in New York City. More recently she performed solo concerts in Orlando and Evansville, IN. Rebecca grew up in Vermillion, South Dakota. She earned a BFA in theatre arts at Stephens College in Columbia, MO.  Proud member of Actors’ Equity Association. Learn more at therebeccafisher.com 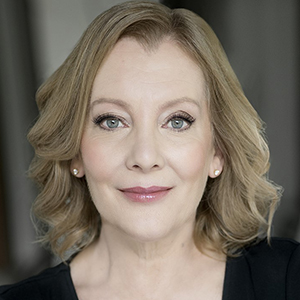