KIMBERLY VANBIESBROUCK has had the great pleasure of performing Soap Star in MENOPAUSETHE MUSICAL® in theatres across the country. Her first production was in her hometown of Detroit, where MENOPAUSE THE MUSICAL® was awarded the honor of longest-running musical in the city’s history and Best Ensemble Cast. Currently she resides in Chicago, where some of her other credits include, MOTHERHOOD THE MUSICAL, Judy Garland in BEYOND THE RAINBOW, FORBIDDEN BROADWAY, SWEET CHARITY, ALWAYS, PATSY CLINE, A CHORUS LINE, and CAT ON A HOT TIN ROOF. Kimberly is also a certified yoga, barre and kickboxing instructor. She feels extremely blessed and would like to take this opportunity to thank GFour Productions for bringing her back into the MENOPAUSE THE MUSICAL® family. Kimberly would also like to send all her love and appreciation to the best production she ever created…her beautiful daughter, Isobel. The theatre world is yours to conquer, my girl! 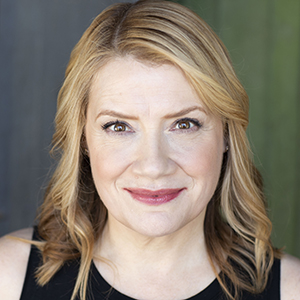