ANISE RITCHIE (Professional Woman) After a LONG time off due to the pandemic, Anise is so excited to return to the National Tour MENOPAUSE THE MUSICAL®. During the pandemic, she produced her Cabaret talkshow LIVE LAUGH LOVE/Cygnet Theatre and many virtual readings and live performances on YouTube. Anise has also appeared with Pete Townsend and Des Anuff in the stage reading of TOMMY at the La Jolla Playhouse in La Jolla, CA. Anise is one of the original cast members of Disney’s production of THE HUNCHBACK OF NOTRE DAME at The La Jolla Playhouse and Papermill Playhouse in New Jersey. She is also on the original cast recording. Other accompaniments, ONCE ON THIS ISLAND as Eurzulie, ROCK OF AGES as Justice. A LITTLE NIGHT MUSIC as Madame Armfeldt. BIG FISH, VIOLET, TOMMY AS THE ACID QUEEN, THE LIFE STORY OF SAMMY DAVIS JR, HOW THE GRINCH STOLE CHRISTMAS. LEAP OF FAITH, NIGHTMARE ALLEY, CAROLINE OR CHANGE, SPARKS, A GRAND NIGHT FOR SINGING, SMOKEY JOE’S CAFÉ,  SOPHISTICATED LADIES, BEEHIVE-THE 60’S MUSICAL, North Coast Rep., AIN’T MISBEHAVIN, EUBIE, THE DANCE ON WIDOWS ROW, SHOWBOAT, LITTLE SHOP OF HORRORS. Anise has toured Europe singing opera, gospel and many styles of music. Her voice can be heard on many voice-overs, television commercials, San Diego ZOO in AFRICA ROCKS and now on many Zoom performances and YouTubes. Proud member of Actors’ Equity Association. 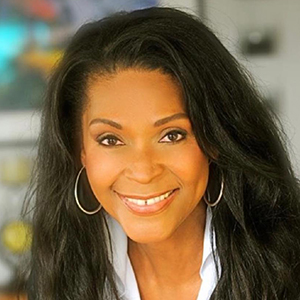